A rare Napoleonic era Light Cavalry Sabre Circa 1810-1815. Brass 3 bar hilt with brass langets and roundels in the centre of each side on the grip. Complete with its original steel scabbard with two steel hanging rings. No engraving on back of blade. Dates to approx 1810-1815. This model Light cavalry sabre was carried by both the French and the Russian Light Cavalry during the Peninsular campaigns and at the Battle of Waterloo in 1815.  Overall length 41 inches. Condition very good. Ref 9003.

The Year IX Light Cavalry sabre was the first French sword intended for use by all regular light cavalry regiments. At the time of its design - the ninth year of the Revolutionary calendar (1800) - France's state of almost constant war demanded a rationalization of weapon production.

Prior to 1800, the two types of French light cavalry had their own pattern of sword. Hussars carried a traditional stirrup-hilted, broad-bladed hussar sabre, of the type used by hussar regiments all over mainland Europe. The chasseurs à cheval, befitting their conversion from dragoons, carried a straighter, narrower and longer-bladed sword, with a half basket made up of flattened bars of diamond pattern.

The new sword combined elements of two of its predecessors, retaining the general blade form of the hussar sabre, but having the increased hand protection offered by the chasseur model. However, far from simply marrying these elements together, the Year IX had a new type of hilt, comprised of three rounded brass bars that provided protection to the hand whilst not limiting movement. This type of three-bar hilt design was to become one of the standard hilt forms of the nineteenth century, but the Year IX was one of the first swords to make us of it.

The Year IX was followed closely by the Year XI sword in 1802, which had a much sturdier scabbard. As with the first pattern of cuirassier's scabbard, the scabbard of the Year IX was found to be too light and prone to damage, meaning the sword could either not be sheathed or could potentially become trapped inside. As such, the scabbard on the Year XI was significantly thicker and heavier, in order to prevent such problems. In response to another issue of weakness found in the Year IX, the Year XI was made with the bars of the guard extending all the way to the head of the backpiece - or 'pommel' - to make a more robust guard. However, both swords were produced and used simultaneously during the period. 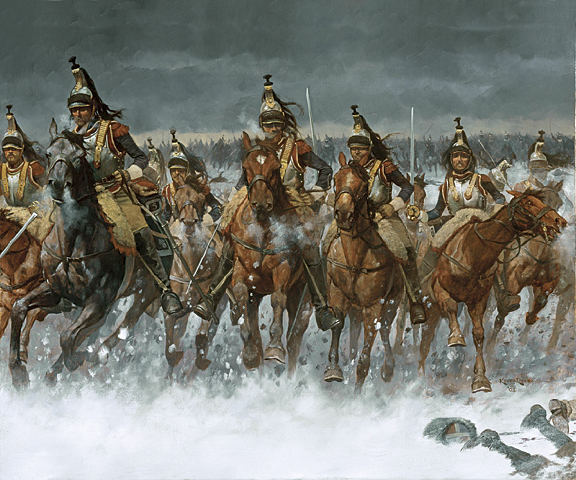 For further information about the French Cuirassiers please see; http://en.wikipedia.org/wiki/Cuirassier
We are pleased to accept payment by debit card / credit card, or direct bank transfer, we make no extra charge for paying by card when you pay online using the World-Pay payment gateway, it is simple and very easy to use and protects both the buyer as well as the seller. Simply click the buy-it button on the item that you wish to buy, you will automatically be taken to the World-Pay secure site to enter your payment details.
We carry in stock the largest selection of genuine antique weapons for sale in Great Britain. Every item is guaranteed to be original.  Single items and collections always wanted. Please call us if you have any items for sale. We will pay top international prices for good items. All transactions are treated in strict confidence. Immediate payment.
Established since 1968
Trade member of the BASC. The British Association for Shooting and Conservation.